2017 Annual Meeting of the Medieval Academy of America 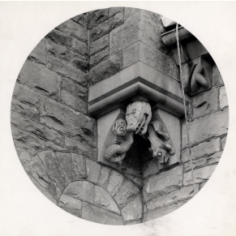 The 92nd Annual Meeting of the Medieval Academy of America will feature three plenary speakers: Carmela Vircillo Franklin (President of the Medieval Academy of America; Professor of Classical Studies, Columbia University), Marina Rustow (Khedouri A. Zilkha Professor of Jewish Civilization in the Near East, Princeton University), and Monica Green (Professor of History, Arizona State University). Over fifty concurrent sessions, held on the University of Toronto campus, cover a wide array of disciplines and include thematic threads such as ‘The Medieval Mediterranean,’ ‘Manuscript Studies,’ ‘Old English Studies’ and many others. Roundtable discussions focus on topics such as K-12 education, diversity in the medieval studies classroom, compatible careers, and scholarly publication in the age of Open Access. Selected parts of the program will be held at the Art Gallery of Ontario, with the closing plenary at the Aga Khan Museum.

Registration will begin on 6 February 2017.
The on-site registration desk will be at the Centre for Medieval Studies (Lillian Massey Building, 3rd Floor, 125 Queen’s Park Ave)

Toronto’s Centre for Medieval Studies and The Pontifical Institute of Mediaeval Studies acknowledge the generous support of the following co-sponsors:

And, at the University of Toronto: